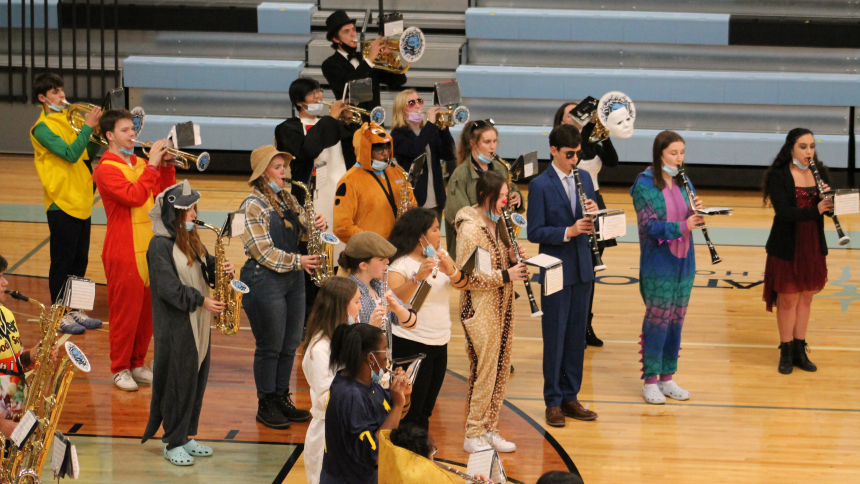 The Lansing Catholic band blows their way into the fall season as they get ready for the Costume Concert on October 26. 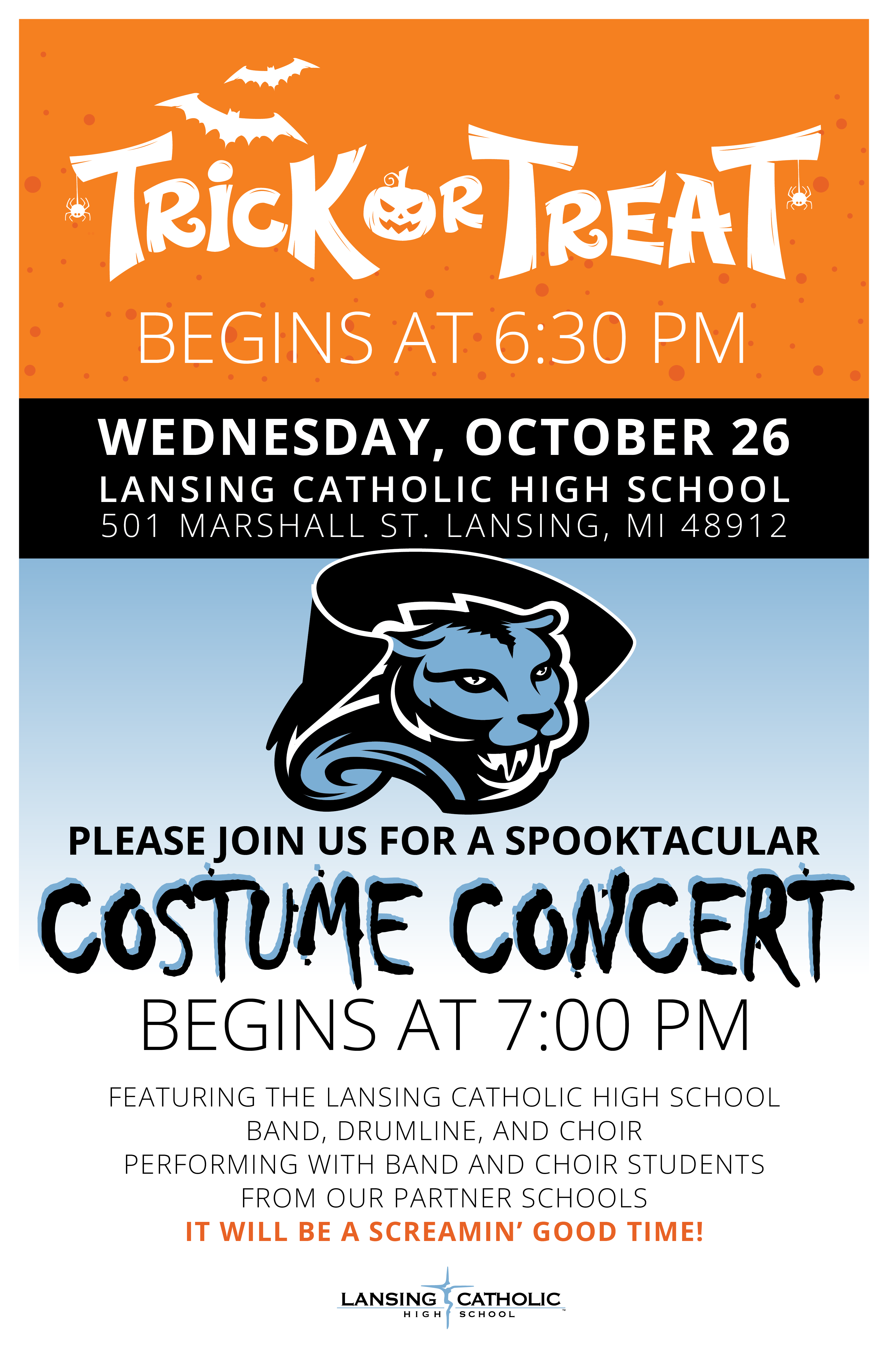 The Costume Concert at Lansing Catholic creates a fun, easygoing, and light feeling in the school as we all approach the middle of the year and Thanksgiving break. As the seniors approach their last Costume Concert of their high school career, they can’t help but think of the memories this concert has made for them.

“It makes me emotional but at the same time it makes me proud of how far I’ve come. I remember looking up to the high schoolers and older students while playing and now I get to be the person others look up to,” senior band member Sara Duffiney said.

This event has been more than an inspiration to the band here at Lansing Catholic, it has become a tradition.

“It just feels that time has flown by these past years. Ever since 5th grade I’ve been going to costume concerts … love having them because it brings middle schoolers into the high school atmosphere and makes them feel welcome,” senior drum major Peter Dudley said.

The switch that the seniors remember from watching the band concert in middle school to becoming the ones performing makes them reflect on their past school years.

“I feel quite bittersweet about this last costume concert. I absolutely adore Halloween and music, so having them both together is amazing, especially when I get to share my joy with underclassmen and middle schoolers,” senior drum major Jillian Nowlan said. “However, this is the last one I will ever do, so I’m a bit sad. The energy that is provided at the concert is amazing and I’m going to miss it.”

After three years of different costumes, songs, and special moments, the band members wanted to reminisce on some of their core memories.

“I enjoyed performing ‘In the Mood’ my junior year because it featured a saxophone solo,” Duffiney said. “It was quite difficult to play but once we got the hang of it, it was really fun. It was cool because even if some of the people in the audience hadn’t heard the song, it still sounded familiar and was nice to listen to.”

“My favorite song to perform was ‘My Girl’ during our Motown show,” Nowlan said. “I have always loved this song because it has a deep sentimental value for me. My grandpa would always sing it to me and he would call it ‘our song’”

Some band members also have had favorite costumes over the years.

“My favorite costume was when I dressed up as Captain Rex from Star Wars,” Dudley said. “All the little kids loved seeing it and I’m looking forward to cooking up something good this year.”

Seniors already are already thinking ahead to when the Costume Concert is in their rear-view mirrors.

“The thing that I will miss the most about the costume concert is being able to help out the younger musicians in our community and to come together and play our hearts out for our parents and friends,’’ Nowlan said.

“Mostly, I will miss getting to dress up and see how much effort and creativity go into the director’s costumes. I will also be sad when I no longer get to see all the little kids trick or treating before the concert,” she said. “Costume concerts were always one of the most fun parts about being in the band and I will for sure be coming back to watch them after I graduate.”

For Peter Dudley, it’s the middle school students’ experiences that matter most.

“I will miss all the middle schoolers coming in to practice with us as they break out of their awkward shells,” Dudley said. “The high schoolers impact their experiences so much, so I will miss being able to teach and help younger musicians.”