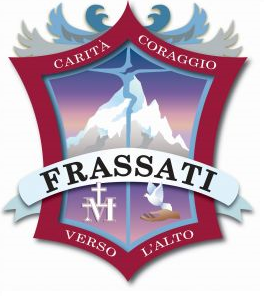 The History of Frassati House

In the 2018-19 school year, Mrs. Mary Gates was named the first dean of Frassati House. Frassati was also the very first to win the coveted Great Crux trophy that year! The following year saw a few changes, one of the most significant being the institution of School Captains, one senior from each house chosen to represent the student body and help the house deans. Katie Kramer was the first School Captain for Frassati House, elected in the 2019-2020 school year.

The crest was created by the students of Frassati 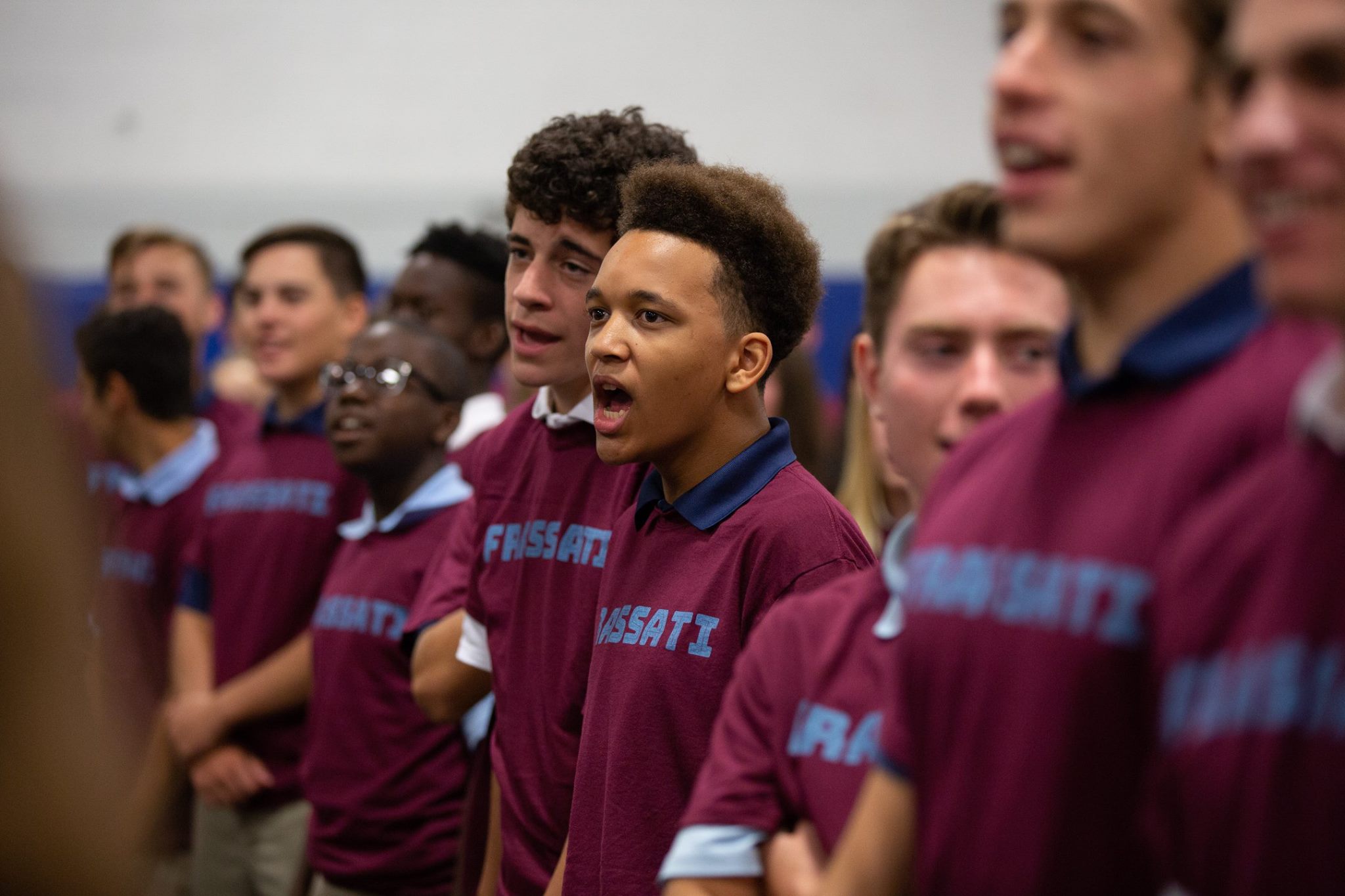 House during the 2018-19 school year, and was first presented to the community during the last mass with the seniors of 2019. Inspired by the heroic life and virtue of Blessed Pier Giorgio Frassati, our crest is bordered in deep burgundy, our house color. The Italian phrase, "VERSO L'ALTO" is inscribed at the bottom, meaning "To the heights." This was the personal motto of Frassati, who was both an avid mountain climber and devoted Catholic. The acanthus leaves of grey and Cougar blue call to mind not only school pride, but also represent the sky and the heights to which Frassati aspired. The lettering at the top of the crest, also in Italian, read "Carita" which means "Love" and "Coraggio" which is "Courage." As a house, we aspire to these same heights, wanting to imitate Bl. Pier Giorgio Frassati in our love for God and neighbor and the courage required to put that love into action.

The top two quadrants of our crest depict Mount Val d'Aosta at sunrise. This was one of the last mountains he climbed, and famously wrote "Verso l'alto" at the top of a picture of this mountain, indicating his love for climbing and his love for God. One of the heights of his spiritual life was his devotion to the Blessed Virgin Mary, which is depicted in the bottom-left quadrant. This is the same image as appears on the back of the Miraculous Medal, symbolizing Mary standing at the foot of the cross. The hand with the dove in the bottom-right quadrant shows his acceptance of the Holy Spirit in his own life, as well as his desire to evangelize and give that same spirit to all those he met.