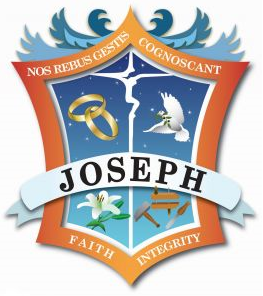 The History of Joseph House

Joseph House is named for St. Joseph, the Earthly father of Jesus Christ. St. Joseph is represented twice in our chapel: there is a statue of him to the right of the altar and a second class relic of him in the back.

In the 2018-19 school year, Mr. Steve Pohl was named the first dean of Joseph House. The following year saw a few changes, one of the most significant being the institution of School Captains, one senior from each house chosen to represent the student body and help the house deans. Susie Naccarato was the first School Captain for Joseph House, elected in the 2019-2020 school year.

The crest was created by the students of Joseph House 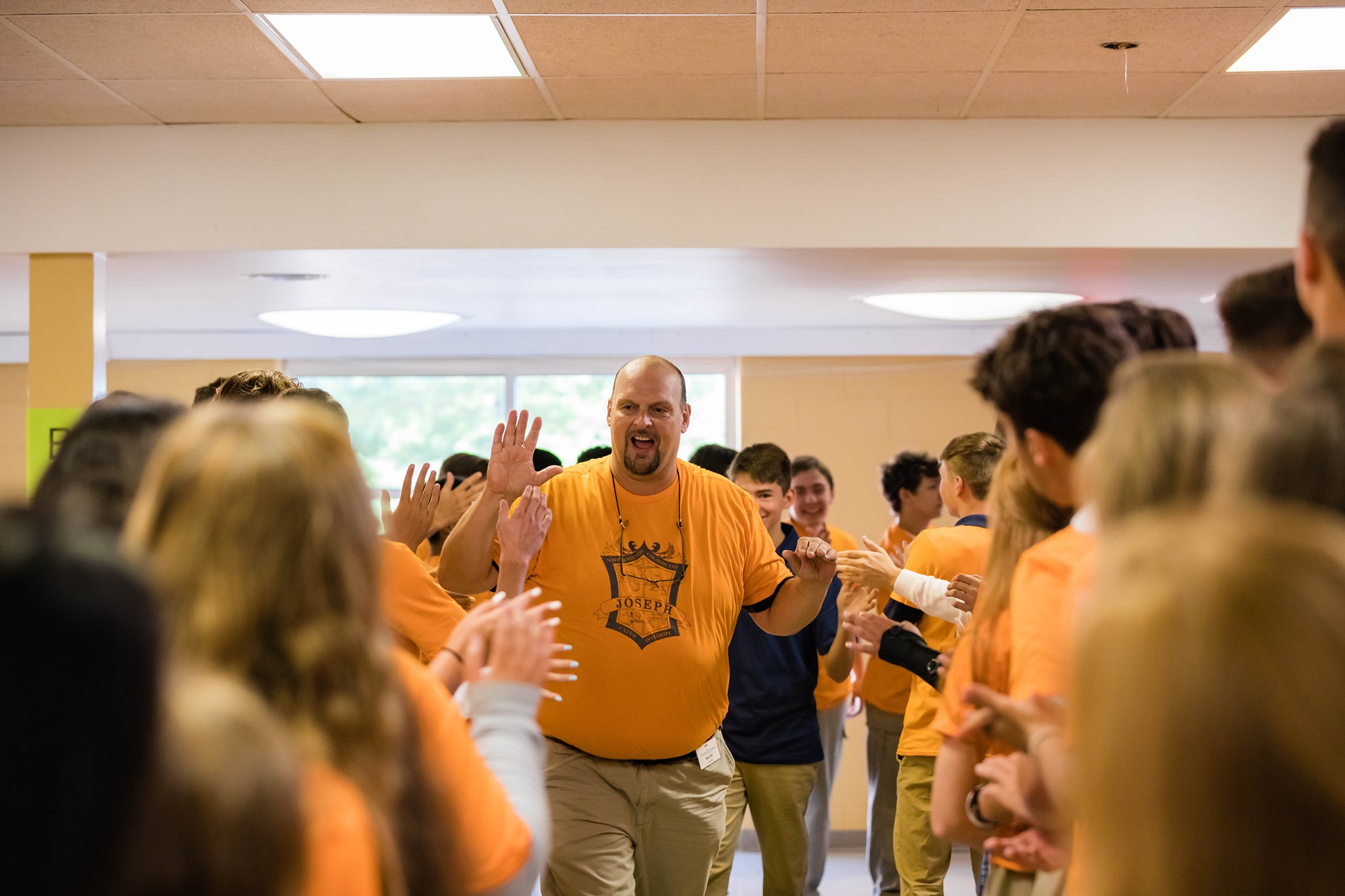 during the 2018-19 school year, and was first presented to the community during the last mass with the seniors of 2019. Inspired by the life and actions of our dear patron Saint, the crest for Joseph house is wrapped in a border of gradient orange, our house color. The lettering at the top of the border is a Latin phrase: “Nos Rebus Gestis Cognoscant." When translated it means, “Let them know us by our actions.” For as members of Joseph House, we have come to know St. Joseph by his accomplishments and deeds, because the Gospels do not record his spoken words. At the base of the border are the virtues of FAITH and INTEGRITY.  Not only do these two virtues exemplify the life of Saint Joseph, but our house members shall be reminded that these two virtues must also be at the forefront of our lives. Outside the border, atop the crest, the acanthus leaves in the foreground are colored in LCHS Cougar blue fading to darker shades as they work their way to the background.

The four icons within the shield are inspirational to our house while at the same time honor the life of St. Joseph. In the North-West quadrant are the interlocking rings symbolizing Joseph’s marriage to the Blessed Virgin Mary and the vocation of marriage. In the North-East Quadrant is the dove. A symbol of peace, the dove is also a representation of the offering made by the Holy Family when the Christ Child was presented at the temple. The lily in the South-West quadrant represents St. Joseph’s life of purity and chastity, and from the biblical phrase: “The just man shall blossom like the lily” (Hosea 14:5). And in the South-East quadrant are the ancient tools of the carpenter, honoring St. Joseph the Worker and the future vocations of our house members. All of these icons rest on the night sky in remembrance of the Nativity and the birth of our Savior.