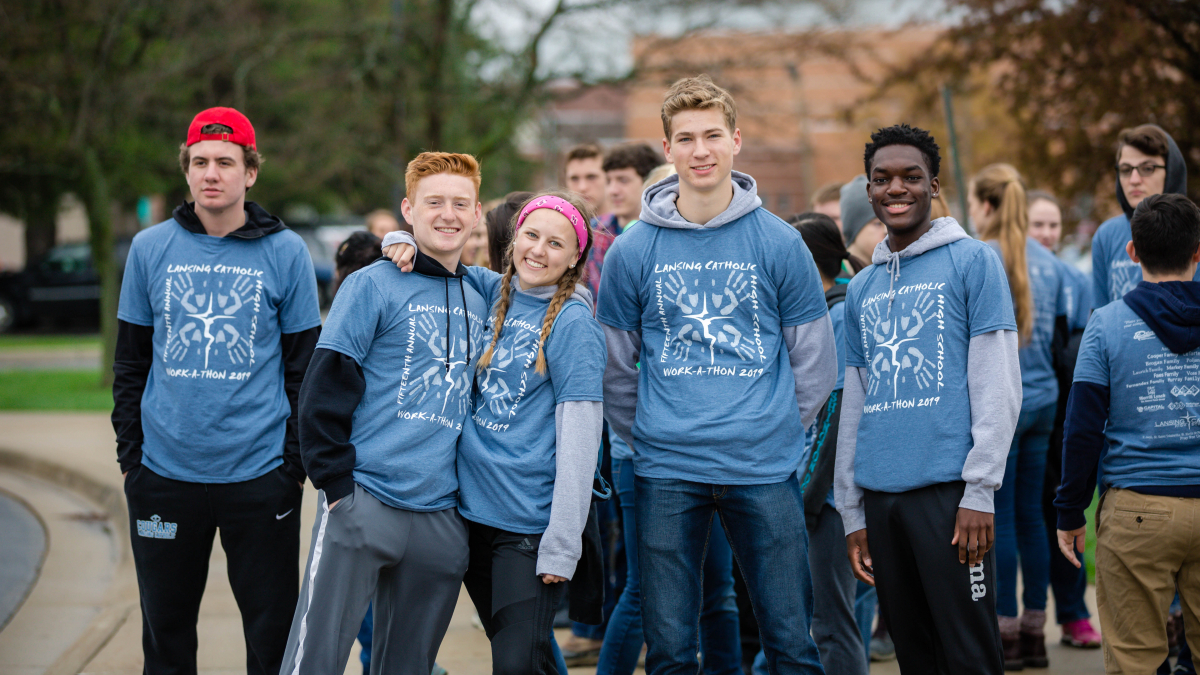 Headline
Teaching A Way of Life
“The community that is created here is unmatched by any school in the area.” Student, Class of 2021

From the early years of the 20th century to the first decade of the 21st century, Catholic secondary education in Lansing has provided opportunities for thousands of young people to grow in knowledge and faith, to become the best they can be.

Lansing Catholic opened its doors in 1970 as a result of a merger between Monsignor Gabriels and O'Rafferty high schools. LCHS occupies the building formerly known as Monsignor John A. Gabriels High School.  A new name, Lansing Catholic High School; a change in school colors, Cougar blue and silver; and the adoption of a mascot, the "Cougars," helped define that transition.  As with any major change, there were some bumps and bruises along the way.  Today, Lansing Catholic offers students a wide variety of programs, faith formation opportunities and teaching, extracurricular activities, sports, and experiences.

Lansing Catholic welcomes all students who desire a quality education steeped in the tradition and teaching of the Catholic Church.

Lansing Catholic High School ranks among the finest Catholic high schools in the State of Michigan. 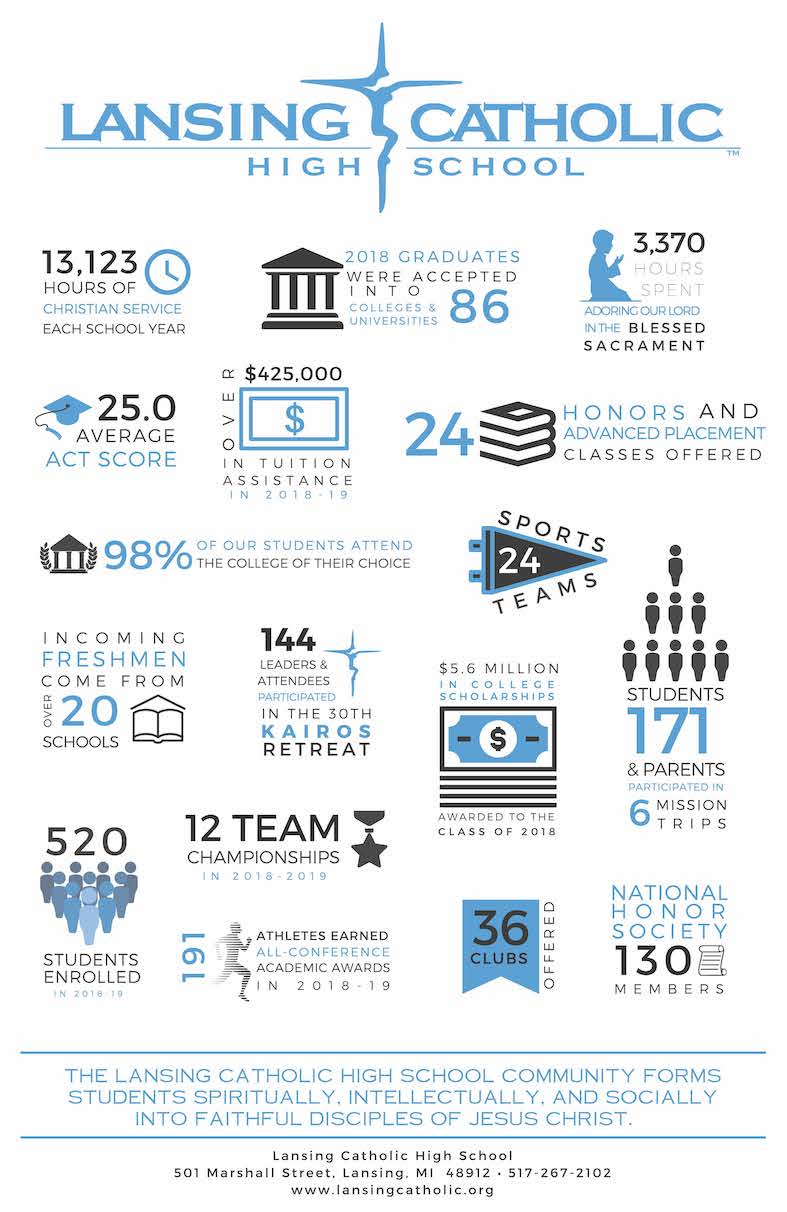